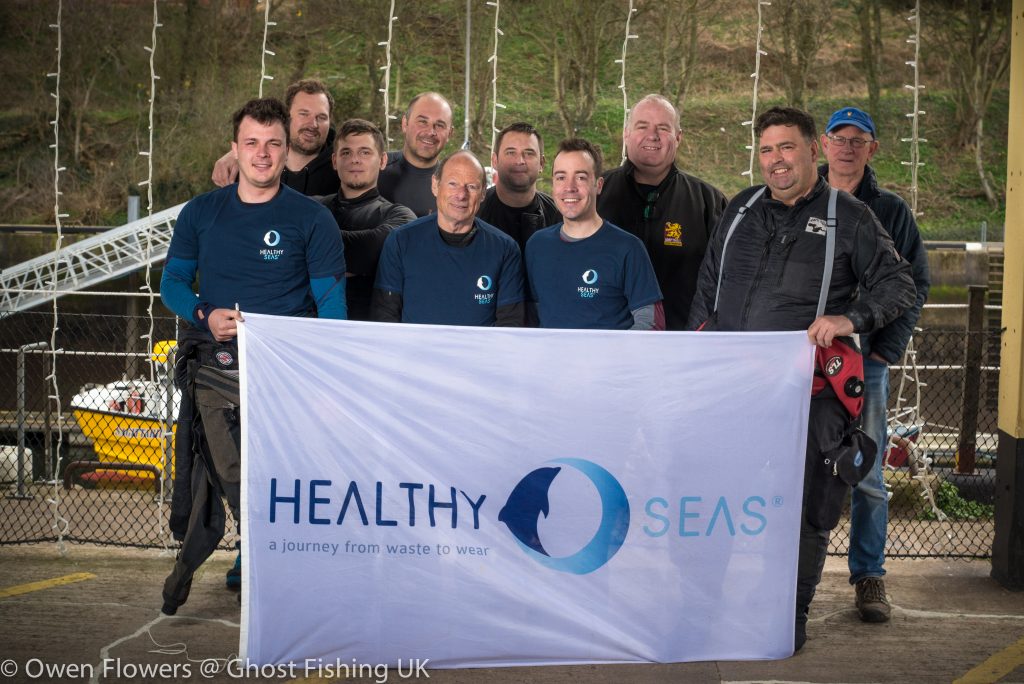 The Ghost Fishing UK team left Eyemouth Harbour at 0830, on a Healthy Seas sponsored trip abroad the Marine Quest dive boat Silver Sky. Following a report from a diver logged via the GFUK reporting system, the team reached Weasel Loch, and short distance from Eyemouth. The eleven divers split into three teams, and proceeded to conduct a thorough survey of the area, looking for the large net close to shore, as stated in the report.

Conditions were extremely poor, and offered only 1 metre visibility to the divers. However, within twenty minutes, the teams located an enormous tangle of rope, net, and metal within 12 metres of water.

Teams 1 and 2, who had located the mass, attached a DSMB in order to mark the location, and began their survey. After completing the survey, the teams began their ascent, and proceeded to plan their next course of action. Tasks were delegated out, with one team tasked with attaching lift bags, and a second team with inflating these. This would allow the entire recovery to be completed in a single lift, making it one of the largest single lifts that GFUK has ever attempted.

The remaining dive team were split between surface support and filming. Owing to a comprehensive survey, and an astutely orchestrated plan, the entire mass was lifted in one effort, as hoped.

A rope was attached to the recovered ghost gear, where upon it was towed a short distance away from the shore, and then recovered on to the boat’s lift.

On returning to the harbour, a group of local divers with a rib offered assistance in towing the net to shallower waters at the slip. Once in the harbour, a car equipped with tow hitch was used to drag the enormous mass onto shore. 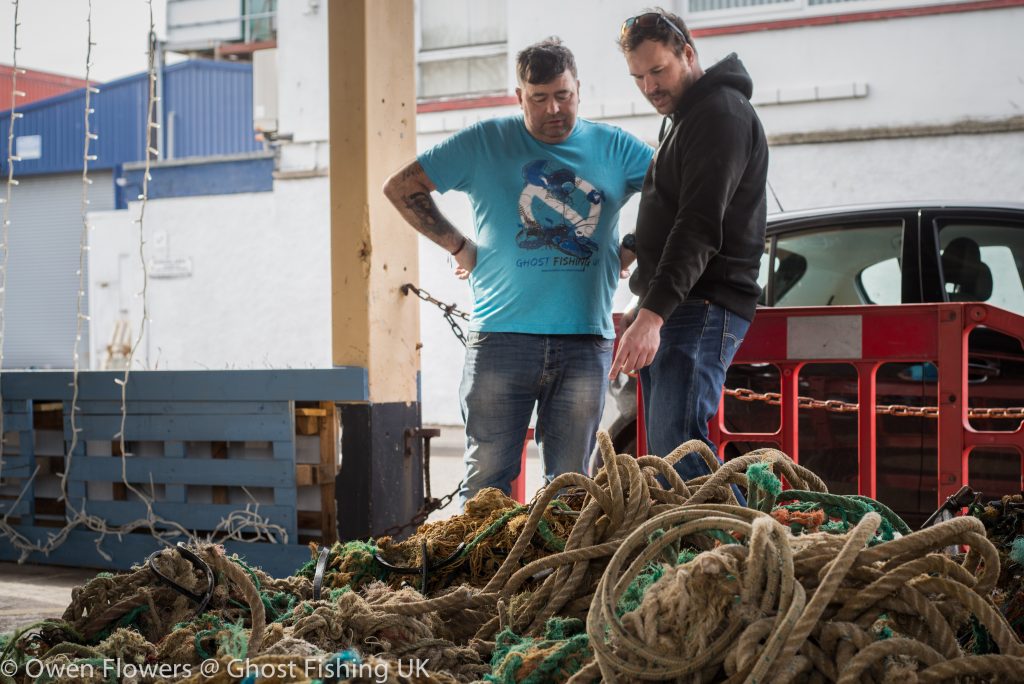 Once on shore, the tangle of rope and net material was surveyed. One small brown fish, and two juvenile spider crabs were freed and returned to the water. As judged by the small amount of by catch and marine flora and fauna upon the ghost gear, it would appear that the mass had been accumulated by the tide, and had been in the sea no longer than 6 months. The mass consisted of 90% rope and metal, and the remaining small amount of net was separated for recycling via Healthy Seas. The other material was added to a pile amassed by Sea the Change (https://www.seathechange.org.uk/) and Divestay (http://www.divestay.co.uk/) who had been carrying out beach cleans, and an underwater litter pick on the same day.

The same team of 11 divers returned to Weasel Loch aboard the Silver Sky. The objective for Sunday was to carry out a further search of the bay to ensure that the mass of rope and net recovered the previous day was the entirety of the ghost gear that had initially been reported.

With force 5, gusting force 8, winds and unsuitable spring tides, other sights were blown out for the day. Nevertheless the teams descended, upon which they found even worse conditions than the previous day, at only 0.5m visibility and a 0.75+ knot current.

The three teams spent up to 22 minutes below water searching, before abandoning the dive and returning to the surface. No further ghost gear was found.

Unsuitable conditions meant that diving operations had to stop after the one dive, and the Silver Sky returned to Eyemouth Harbour by around ‪2pm‬. No other sites were accessible.