Surveying and removing nets, fishing gear and other marine debris
that pose a threat to marine life in UK waters

The past few months have been difficult for everyone. We’d like to thank everyone that has supported us, be that through social media likes and shares, signing up to our newsletter or even being generous enough to donate money to our funds. It means a great deal to us, and we’re truly grateful.

As the world starts to transition to something we’re likely to call normal for the foreseeable future, Ghost Fishing UK has also returned to its mission. We have worked hard to develop our COVID-19 working strategy, and after trialing it on a project a few weeks back, are delighted to announce that we once again heading out to sea, recovering lost fishing gear.

We’ll continue to monitor the situation, refine our procedures, and keep our supporters informed about what we’re doing. Thank you all again for your continued support.

Established in 2015, Ghost Fishing UK is dedicated to removing Abandoned, Lost and Discarded Fishing Gear (ALDFG) or ‘Ghost Gear’. The purpose is to remove, where practicable, potentially lethal entanglement hazards to marine life and scuba divers from the marine environment. The organisation consists of volunteer scuba divers, with extensive training in advanced diving practices specifically in relation to minimising impact on the environment.

The organisation formed in 2015 at an inaugural project in Scapa Flow, Orkney. An international Ghost Fishing project sent 6 delegates from the Netherlands to assist the projects inception. 6 UK based divers also joined the team and these divers formed the core of a new UK team. The charity is now completely independent, with almost 100 volunteer divers and supporters working hard behind the scenes to tackle the Ghost Gear problem.

The problem of ghost fishing gear has reached public prominence over the past five years. It is a normal but unfortunate part of fishing that nets, pots and lines become lost. This is rarely a deliberate act on behalf of the fishing community, but simply a reality of a very harsh environment.

The lost gear continues to catch marine life, as it is designed to do. This has an undoubted but poorly documented effect on the local and global marine ecosystem. It is clearly undesirable and nobody benefits from ‘Ghost Gear being present in the ocean. Animals are needlessly killed by this Ghost Gear which, unless removed from the sea, continues in a vicious circle of catching animals which in turn act as bait for larger animals and so on.

Ghost Fishing was set up around 2015 by dedicated divers to try to remove this lost equipment from the marine environment. It is a challenging and difficult task. Ghost gear is typically entangled in reefs and wrecks, and its removal can be complicated.

Ghost Fishing divers survey the site first and collect data on the ghost gear and any animals trapped, alive and dead. Data is collected via bot the ghost gear reporting system and the mandatory activity form which all projects must complete. This data is critical to provide evidence of the ghost gear problem and adds weight to the mission to reduce it. The technique of removal involves divers attaching bags to the gear, which the diver fills with air, making them float. The divers then cut the gear free as close to the seabed as possible. Great care is needed to ensure that the diver does not become entangled with the equipment. This involves a high degree of teamwork, coordination and discipline. 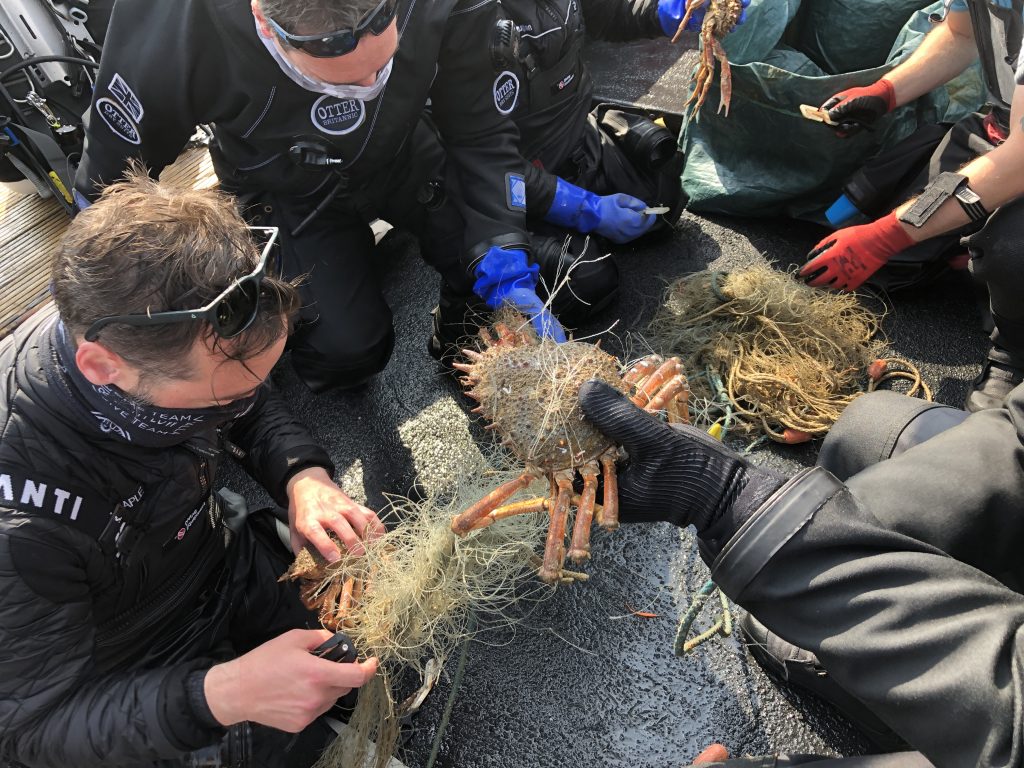 Now and the Future

Ghost Fishing UK is a registered charity built from dedicated volunteers who all give up their free time to run the organisation, raise public and government awareness of the Ghost Fishing issue and dive to document and recover lost fishing gear.

Ghost Fishing UK wrote the first Ghost Fishing course in the world and are the largest organisation engaged in this activity.

Ghost Fishing UK are actively training new divers on the ‘Ghost Fishing course’ created in early 2018. Groups of regional divers are now active in responding to reports of Ghost Gear and setting up local projects to remove it.

All scuba divers can contribute to the clean up of our oceans by reporting any ghost gear they see on their dives to Ghost Fishing UK through our online reporting system on this website.

Ghost Fishing UK mostly self funds and the volunteers are always fundraising to help cover hefty costs of recovering Ghost Gear. The charity receives funding from various sources and we are grateful to have received significant support from organisations such as Healthy Seas, World Animal Protection and the SeaLife Trust.

Ghost Fishing UK has featured heavily in the media, raising awareness of the ghost gear problem and has featured on programmes such as the One Show, Springwatch and Sky News.

Ghost Fishing UK has a talented pool of underwater videographers and photographers and we work closely with the media for maximum public outreach.

We run talks and events around the country and have a selection of guest speakers. Please see our FAQs page for more information. 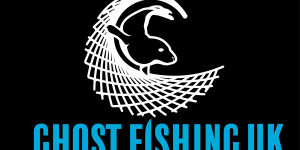 We are Ghost Fishing UK and have been and remain the most successful group in this field, in the world. 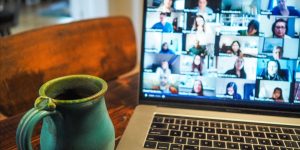 Ghost Fishing UK Digital Winter Warmer 2021 Saturday 9th January, 6pm Due to Covid-19, this year’s Winter Warmer will be online using Zoom. There are only 100 tickets available so … 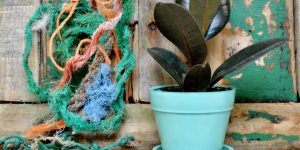 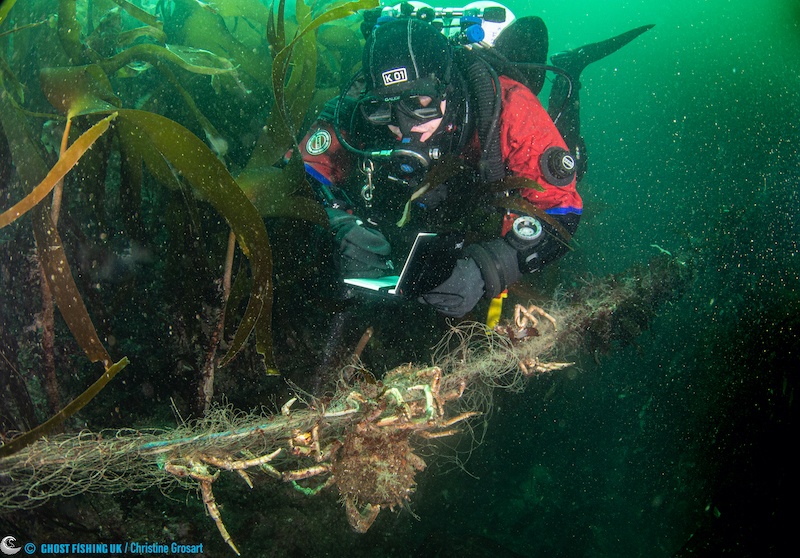