The Cairndhu was a British armed merchantman of 4,019 tons that was torpedoed on 15th April 1917. The wreck has been dispersed and is well broken up however her engine and boilers stand proud of the seabed at a depth of twenty-five metres. Ghost Fishing UK went to investigate reports of lost fishing gear…

The team split into three groups to tackle the ghost gear.

Team 1, comprising Fred Nunn, Tom Ball and Jason Bramwell worked on a huge trawl net on the ship’s bow. They attached liftbags to the net and then cut through it with the new underwater angle grinder and knives. Their efforts were rewarded as the main ‘trunk’ separated, freeing the largest section of net. Additional bags were attached to the remaining skirts of net and a further two were cut free. Despite two days diving they still needed one or two more dives to completely remove this enormous net!

Andy Rath and Liam Colleran made up team 3. They were the litter picking team who bagged up loose rope and remnants of litter and then sent it to the surface once their bags were full. They were successful in clearing the majority of the small litter on the remainder of the wreck.

The surface volunteers helped to collect the recovered net from Shoreham Harbour where the fishing vessel left it on the quayside before meeting the rest of the team in Brighton Marina to load the remaining gear.

A Local small fisherman took the best of the lobster creels leaving us one to take to storage. 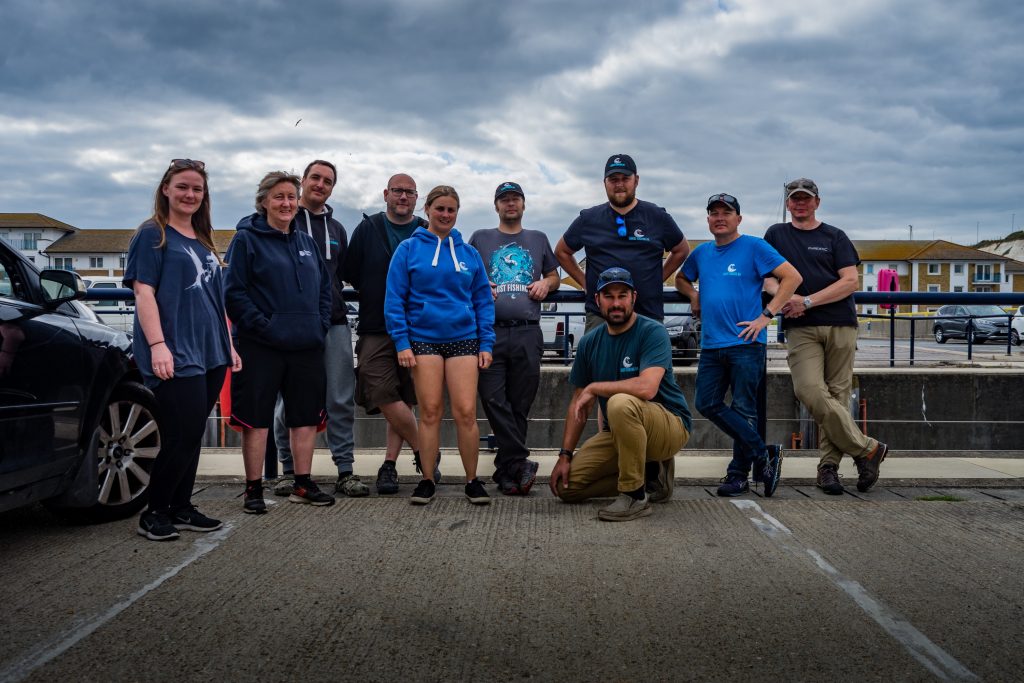