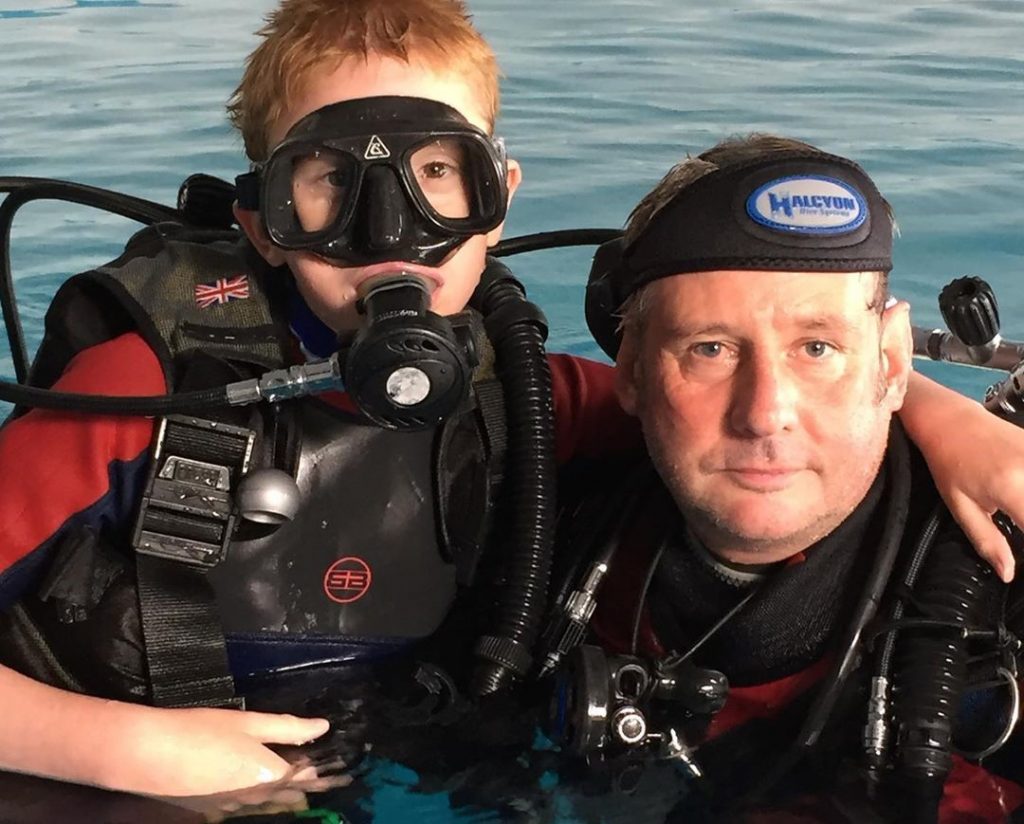 Eleven year old Louis-Matisse has been beach cleaning since he was two years old, and started his famous Instagram account @minibeachcleaner two years ago. His photographs depict the reality of the state of our beaches. Based in Newlyn, Cornwall, Louis-Matisse and his family clean up litter on an almost daily basis. Using his wonderful creativity, Louis-Matisse creates collages from the vast amounts of rubbish he collects. Louis-Matisse says he has “a list in [his] mind of what [he’s] going to create” and he takes inspiration from “the animals, and farms.”

“He is incredibly creative,” says his mum Nadine Nicholls, who helps him with his beach cleans and acts as camera operator for his Instagram account.

Meeting at Porthkerris Dive Centre, Louis-Matisse met Rich to have his first ever scuba diving experience. Rich, a highly experienced diving instructor, taught Louis-Matisse how to use the breathing apparatus, hand signals for underwater communication, and most importantly how Ghost Fishing UK survey and retrieve ghost gear.

We were made aware of the Mini Beach Cleaner Instagram account by Truro Tourist Information, but he is known not only locally, but all over the world. We were adamant that we would give something back to Louis-Matisse; his selfless act of hours collecting plastic from the beach certainly deserves a reward. On meeting the Mini Beach Cleaner himself, Rich said, “It was a privilege to be a part of Louis-Matisse’s first steps in exploring the underwater world. The excitement in his eyes and the enthusiasm he showed with such a challenging first experience was an inspiration to me.”

Following a morning learning to scuba dive in the pool at the dive centre, Louis-Matisse and his mum joined the Ghost Fishing UK team on an expedition at sea where we were retrieving a large section of trawl net and monofilament from the wreck of SS Carmarthen off the coast off the Lizard peninsula.

Louis-Matisse’s mum Nadine spoke about her disappointment with those who recklessly leave the beaches in a state, but her pride in her son’s achievement. It shows a glimmer of hope for the future generation. Nadine says, “we try to do pictures to shock now. It’s easier to find plastics than shells. We live by the coast, and we have friends that are fisherman. So we know what is going on, but people that live in the city have no idea.” 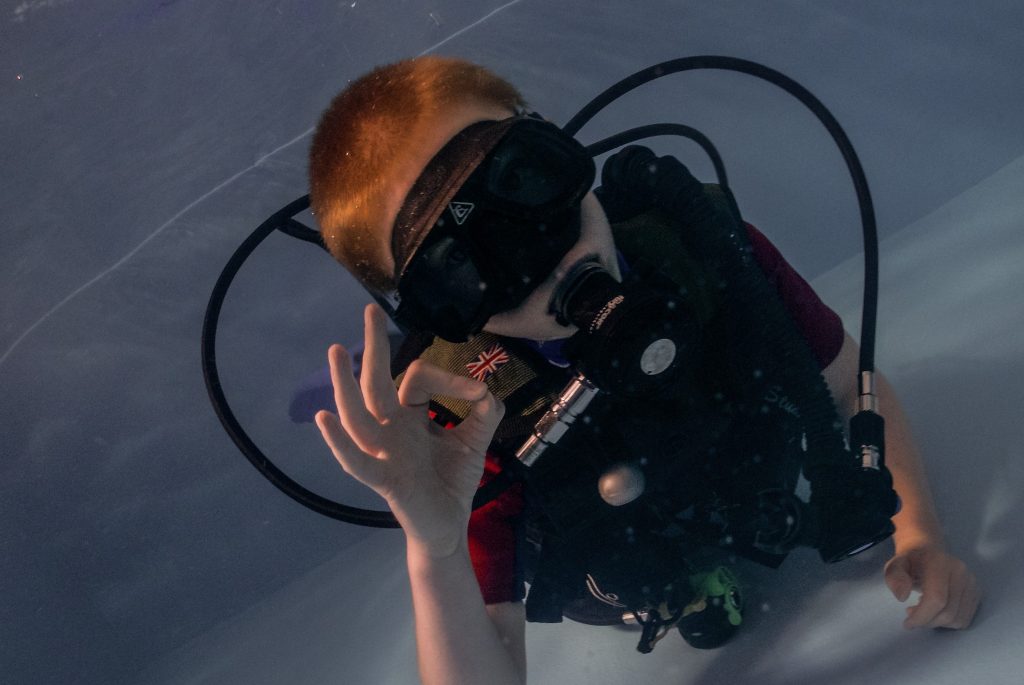 This blog post is based on a press release prepared by Sophie Devereau.