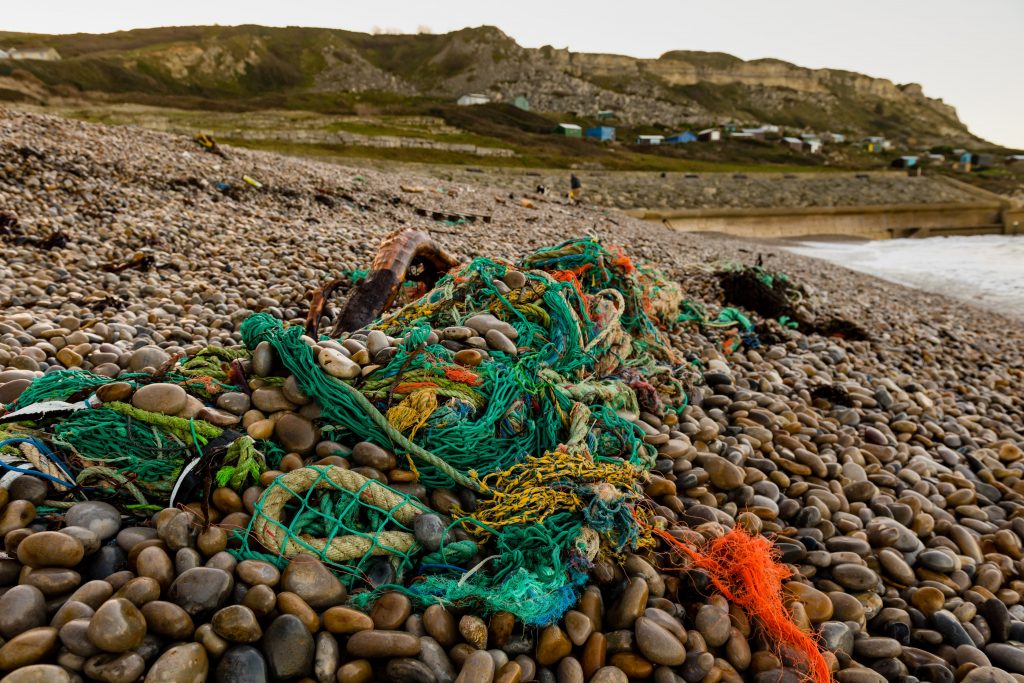 When a large net was spotted floating in the water off Chesil Beach in Portland the Ghost Fishing UK team knew they needed to act fast.

Arriving on site in early November the team assessed the debris now scattered over a wide area on the beach in front of Quiddies café. Dead fish lay on the beach and although it was not certain they’d been caught in the net they were suspiciously close by.

The team got to work. The net and rope was heavily buried in the shingle. As they pulled it out more and more was discovered deeper and deeper. Eventually they had enough to fill their bags, although the shifting cobbles may yet reveal more in the future… 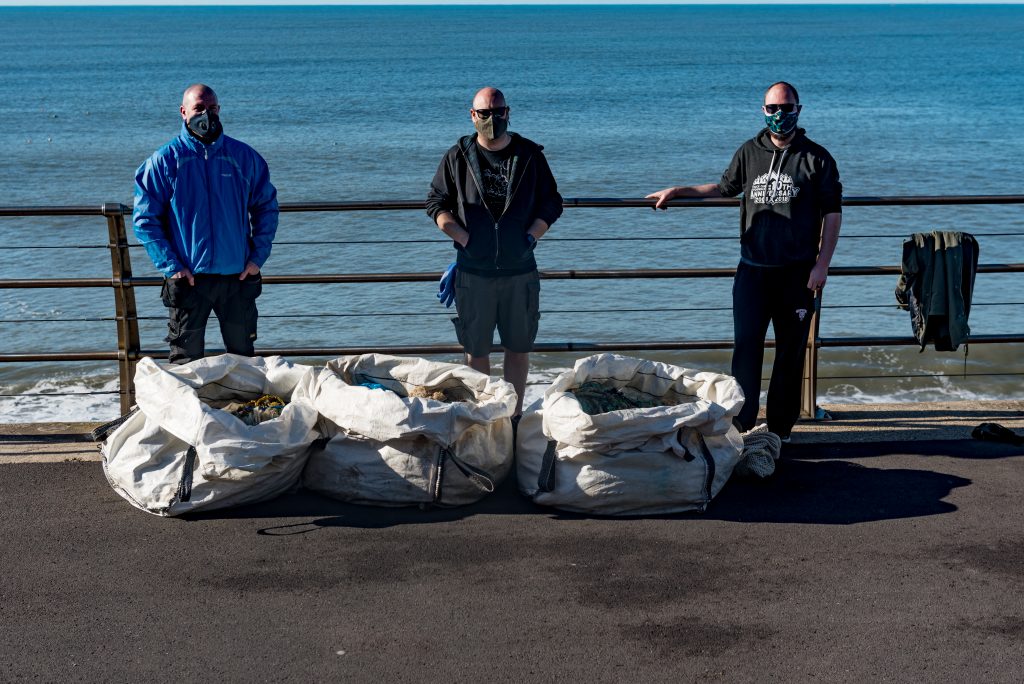